Official name of the Palace:
23. Palace of Stefano Lomellini

The origin of the building, in the configuration in which it currently stands and which was restored on the occasion of Genoa 2004, can be traced back to the opening of “Via Nuovissima”, nowadays via Cairoli, which had received strong support from the Fathers of the City Council.
Indeed, as far back as 1661, Pietro Antonio Corradi was commissioned to present the “Model for a New road to be built between Guastato and “Strada Nuova”. However, it was not until 1777 that a competition was launched for the construction of “Strada Nuovissima”, a natural link between “Strada Nuova” and piazza del Guastato, despite the opposition raised by the Balbi and Brignole families and the church of San Siro dei Padri Teatini.
Four submissions were selected, those of Claudio Storace, Andrea Tagliafichi, Gianbattista Pellegrini and Gregorio Pettondi, and the latter was successful. This may also have been due to the political influence of Giuseppe Lomellini, who was Doge of Genoa at the time, and whose family owned the property. Petondi was then appointed by the Balbi family, who in the meantime had taken over the property from the Lomellini family, to carry out the refurnishment of the lot, in view of the opening of the new road.
At that time the lot consisted of two buildings overlooking “Strada Lomellina” (nowadays Via Lomellini) separated by an alley known as vico Molini, and bounded by vico dell’Argento, which still exists today, and salita de’ Forni, which subsequently became piazza della Zecca.
Pettondi’s design was very faithful to the old layout, amalgamating the two buildings using a system of courtyards and atriums overlooked by a monumental marble staircase, an ideal solution for linking the new entrance on “Via Nuovissima” with the state apartments. Although this solution partly followed the original road layout, replacing the vico dei Molini, it also emphasised the hierarchisation of the frontages by creating the atrium and monumental doorway on “Via Nuovissima”.
The design implemented by Gregorio Pettondi is a design that blends in with the pre-existing structures, with a view to restoring them in spectacular style. It is the combined system of atriums, courtyards, stairs and staircase that represents a highly effective attempt to reconnect the old entrance with the new, on the opposite side, despite all the impediments such as differences in level, elevation restrictions, narrowness of the lots and the fact that virtually the only light source is from above.
It is no coincidence that the palazzo staircase is the only Genoese example illustrated in Disegno dell’architettura italiana by Cesare Brandi. Although, on the one hand, one could say that this does not seem to be a faithful representation of XVIII Century Genoese architecture, which is definitely largely Baroque, one cannot ignore the fact that this nascent Neo-Classicism does not appear to be particularly dogmatic and, indeed, seems very well-disposed to restoring its links with tradition, albeit with some allowance for changing conditions and intentions.
The design of the façade on via Cairoli is organised into three sections, the two upper areas to the side containing the salons and a central part that marks the unoccupied space, containing the atrium and staircase.
For the redesign of the façade on via Lomellini, Pettondi decided to keep the layout unchanged, really enhancing its position on vicolo dei Molini by means of a marble arch. This decision is illustrated in the note to the design of the elevation “this is the most uniform of the old parts and least consequential to carry out”.
The works started in 1775 and concluded in 1788; they were actually carried out by Gregorio Pettondi, who acted as “works manager” with the assistance of brothers Domenico, who was a mason, and Giobatta, a stucco decorator. It is known that the decoration of the façade was carried out by a certain Gaetano Carbone who worked on it from May 1781 to March 1784.
The interiors were redecorated at the same time, making full use of the favourite stucco decorations, often including paintings on canvas, such as the famous cycle of the Allegories by Sebastiano Conca, of which only the ceiling panel remains, depicting Ligurian Artists documented as being used for the statuesque decorations include the Cantoni from Ticino.
During this period Gaetano, one of the members of this family, designed and directed the works for rebuilding the “Saloni del Maggiore e del Minor Consiglio” in Palazzo Ducale, one of the most important Italian sites of the end of the Eighteenth Century.
Updated bibliography post 1998
G. Ciotta (a cura di), Genova Strada Nuovissima : impianto urbano e architetture, Genova 2005
Catalogo mostra Poleggi 2004.
E. Poleggi (a cura di), L’invenzione dei Rolli. Genovà civiltà di palazzi, catalogo della mostra (Genova, Palazzo Tursi, 28 maggio – 7 settembre 2004), Milano 2004.
E. Poleggi, Genova. Una civiltà di Palazzi, Cinisello Balsamo (Milano) 2002, pp. 171-173 (Palazzo di Gio. Tommaso Balbi (1775-1778))
C. Altavista, Petondi, Giovanni Angelo Gregorio, ad vocem, in Dizionario Biografico degli italiani, vol. 82/2015.
The texts have been updated thanks to the INSIDE STORIES project financed with funds - Law no. 77 of 20 February 2006 "Special measures for the protection and enjoyment of Italian sites of cultural, landscape and environmental interest, included in the "World Heritage List", under the protection of UNESCO.
The Rollo in the Geoportal. 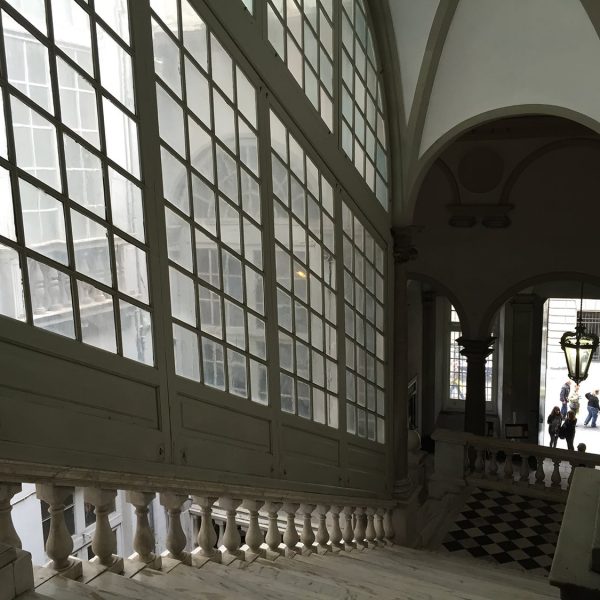 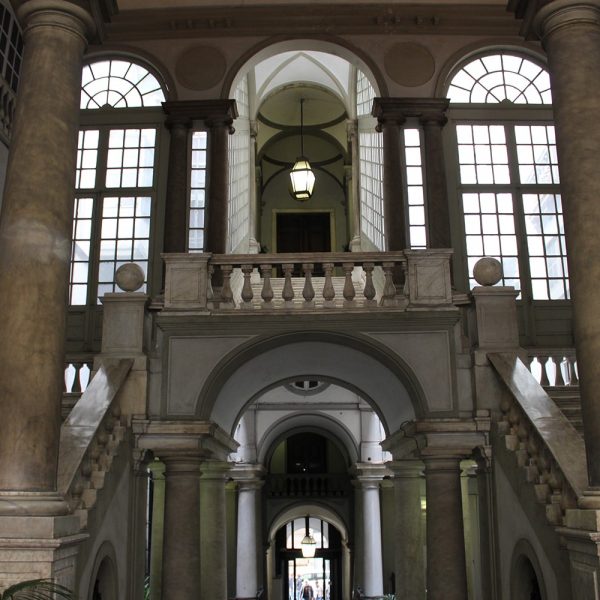 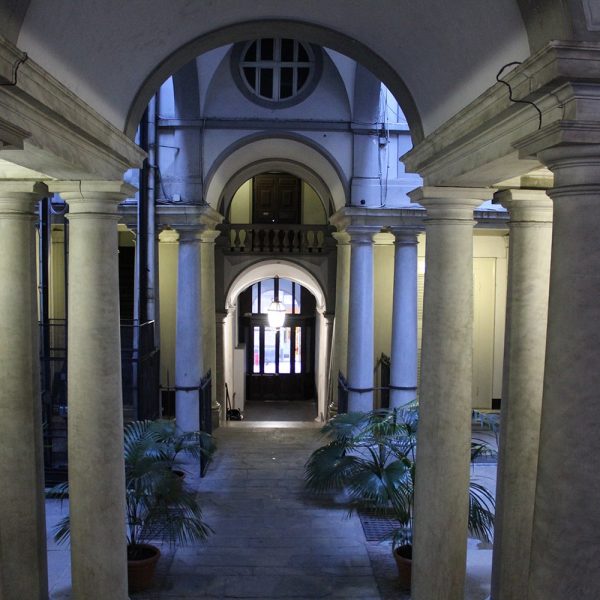