Official name of the Palace:
20. Palace of Gerolamo Grimaldi

The palazzo was constructed on a lot of land, alongside the salita San Francesco, purchased by Gerolamo Grimaldi Oliva in 1536: the works hence precede the urbanisation of “Strada Nuova”, an operation from which the new residence drew great benefit since up to that point the area, being on the periphery, was not known for its prestigious residential building.
It is not known who drew up the project and directed the works which were completed in 1545 when the building had already passed into the hands of the son of the founder, Battista. The construction period does, however, precede the work of Galeazzo Alessi in Genoa and that local adaptation of his architectural language which characterises a major part of Genoese residential building between the XVI and XVII centuries.
It is for this reason that the layout and features of the palazzo Grimaldi differ quite substantially from those of the residences built soon after, and only partial similarities can be found in the palazzo Antonio Doria, which was built starting from 1541.
The plan of the original building is documented in the second series of I Palazzi di Genova published by Pietro Paolo Rubens, but since the façade overlooked salita San Francesco, in other words it featured asymmetrical aspects due to the slope of the road, the volume preferred to reproduce the elevation facing the south garden instead of the main elevation.
In actual fact, the main entrance was on salita San Francesco, as it is today: the beautiful marble portal was incorporated into a low terraced screen which closed off the two wings of the building’s U plan.
Over the threshold, the interior colonnaded courtyard was divided into two parts – atrium and courtyard – by a wall of archways on columns; the staircase is located at the back to the left, whilst the rear garden, which was accessed through the doorway, no longer exists, and featured a nymphaeum which was a real draw for the illustrious travellers of the time.
The unusual character of the palazzo is also reflected in the exterior decoration, the work of the Cremona painter Aurelio Busso, since the original surviving front – to the north – reveals excavations with chiaroscuro, in the Roman manner, with the window frames alongside statues in the form of sirens and the bays of the floor above occupied by mock reliefs with the Labours of Hercules.
The interior decoration dates back to the seventh decade of the Sixteenth Century: the vaults of the most important rooms were frescoed by Luca Cambiaso, whilst Lazzaro Calvi worked on the less important areas.
The first alterations date back to 1697, when the first courtyard was covered to become a proper atrium, and rooms constructed in place of the two side loggias and other rooms added to the space over the floor above.
Just before “Strada Nuovissima”, nowadays via Cairoli, opened (1786), resulting in the expropriation of the south garden, the reduction in the height of the façade facing the new road and the construction of a new access, in other words the rebuilding of that entire façade to the design of Giacomo Brusco, the marriage of Maria Antonia Grimaldi, the last heir of the palazzo, meant that the residence passed to the Serra family, who kept it until 1840, when it was bought by the Odero and then the Mongiardino families (1896). Between 1907 and 1913, when it was the headquarters of Lloyd Italico, the architect Gino Coppedè was appointed to carry out was essentially the decoration of the atrium on salita San Francesco and the ceilings of the courtyard, which was also enclosed by a roof light, all in a neo-Renaissance style reflecting an eclectic taste.
By way of compensation, permanent removal of the rear garden can be traced back to the same date; this means that today only the north-facing elevation remains of the original garden layout.
Updated bibliography post 1998
E. Poleggi, Genova. Una civiltà di Palazzi, Cinisello Balsamo (Milano) 2002, pp. 37-42 (Palazzo di Gerolamo e Battista Grimaldi olim Oliva (1536 circa – 1545))
E. Poleggi, L’invenzione dei Rolli, catalogo della mostra, Genova 2004
G. Bozzo; L. Magnani; G. Rossini, Palazzo Grimaldi della Meridiana. Una dimora aristocratica genovese, Genova 2010
The texts have been updated thanks to the INSIDE STORIES project financed with funds - Law no. 77 of 20 February 2006 "Special measures for the protection and enjoyment of Italian sites of cultural, landscape and environmental interest, included in the "World Heritage List", under the protection of UNESCO.
The Rollo in the Geoportal. 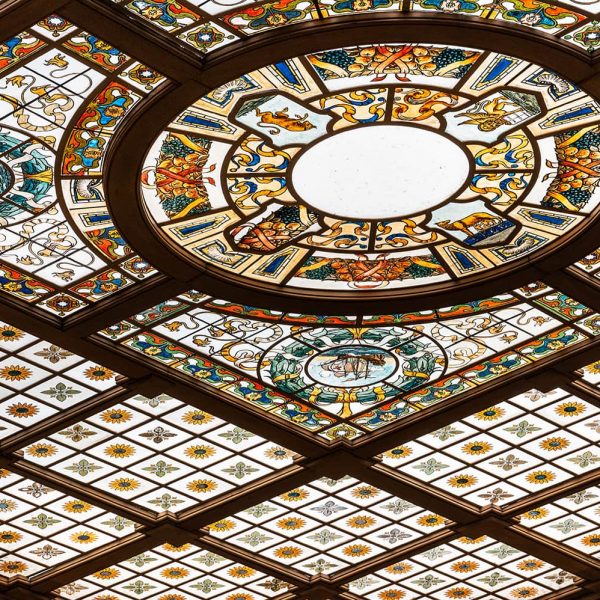 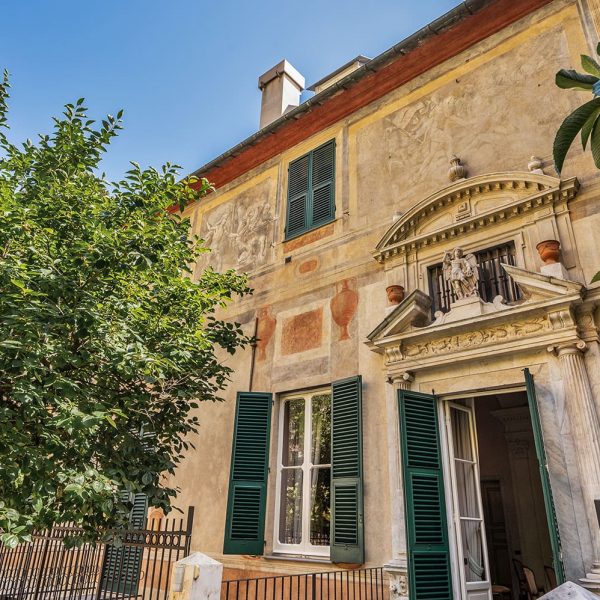 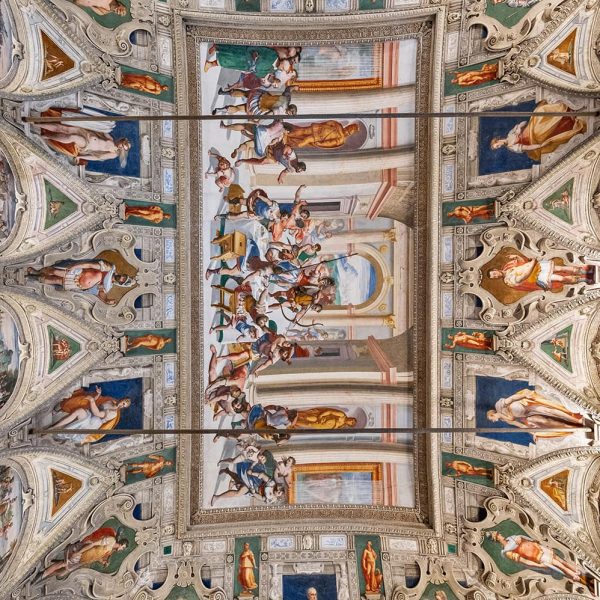 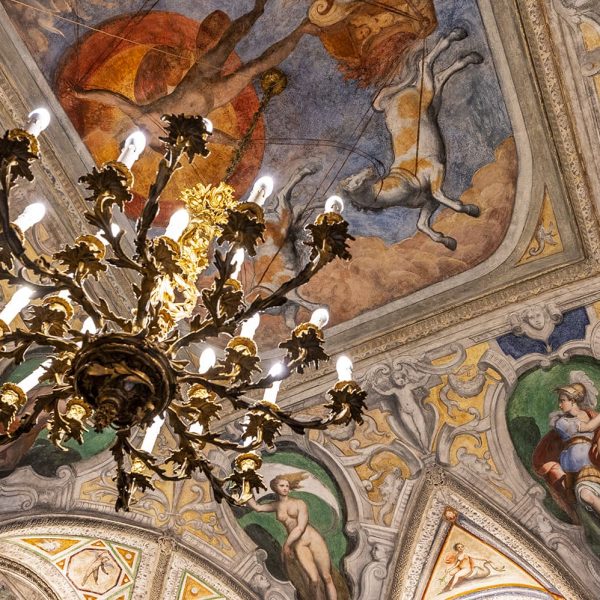 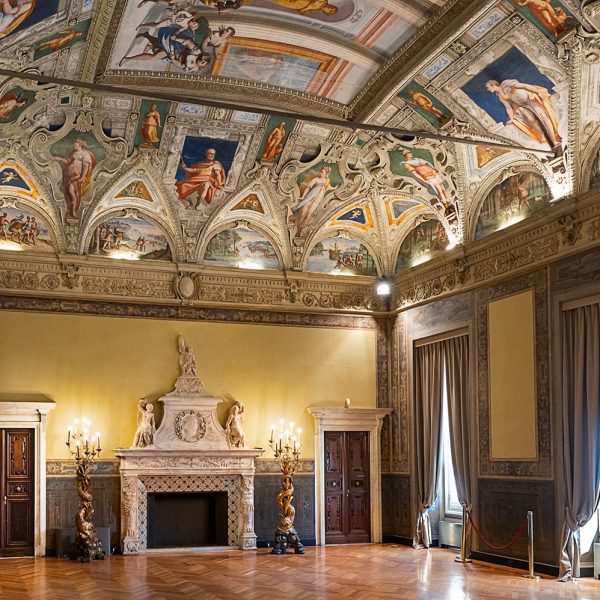