7. Palace of Paolo and Niccolò Interiano

Looking seawards, palazzo Cambiaso, as it is usually known, is the first in the long perspective of the street, and it gave not a small contribution to the street’s first appellation of “Via Aurea”. The founder, Agostino Pallavicino, was an important man in the government, charged with diplomatic representations at the Court of Spain and determined to build a stately dwelling.

Though he was endowed with very traditional virtues, besides a more than sturdy capital, he did not hesitate to embrace the cause of the new district and he boldly purchased a yet isolated area, limited to the North by a recently urbanized land used as a football ground. It is true that it imposingly faced the square that was then called del Fonte Moroso, framed by the front of the fountain, so that the scenic composition of the square came to define also the monumental aspect of the building. It was not by chance that the execution of the external decoration, only provided for the two main façades, was given to the same masters, already collaborators of Alessi, who were also engaged in the covering of the fountain. In the name of the same urban coherence, the building of this corner palace was entrusted to the Chamber architect Bernardino Cantone, realizer of Strada Nuova and of the arrangement of the adjacent square. The architectural elements which make this building noble – the high plinth and the continuous ashlar work, the ribbon-like frames of aediculae and windows, the classic tympana and the bucrane friezes of the portal, and also the meander pattern in the string-course – belong to the rich repertory of mannerist culture and in good measure to the elaboration by Alessi. The qualification of elitism, though to a lesser degree, is repeated in the interior decoration with a sumptuous threemullioned structure articulating the spaces of entrance and vestibule and a square courtyard with only three arches on each side. With its pillars made precious by pilaster strips, high and slender columns, calligraphic ribs in the frames confirming its elegant and a little archaic character, this dwelling which had no space for the garden played its scenario of representation entirely in the interiors. The “piano nobile” presented again well proportioned spaces defined in a sixteenth century way by the decoration soon carried out. The palace – started in 1558 – was according to documents finished and inhabited in 1565 and soon after the decorative intervention was begun. It was really this promptness, with the iconographic choices of the frescoed cycles, that brought out the contemporaneity of the whole building with the mannerist culture of the street which it introduced.

The busy social life of the owners of the new mansions also offered immediate occasions of family symbology to a decorative interpretation. It happened, and it must have been the case of this palace, that the wedding of a son was the occasion for the opening ceremony of the new decorative arrays planned with appropriate subjects. In our case, it is The Nuptials of Psyche and The Rape of the Sabines left to the inspiration of the brothers Andrea and Ottavio Semino who, besides having inherited a renowned workshop, enjoyed excellent personal credit with the Genoese clients.

A wide network of knowledge entwines the subjects treated here with the most widespread iconographies, and not only in Genoese palaces. The subject of The Rape of the Sabines is represented in five episodes on the ceiling of a drawing room; in the middle of the tangle of clinging bodies, stands out, according to tradition, the substantial Eros of this legend. The myth of Cupid and Psyche, the most involved with the mannerist culture, is painted on the vault of the reception room in four lunettes – Venus learns about his son’s illness, Psyche boards on Charon’s vessel, An old woman instructs the young bride, Psyche transported to the Love palace – and in the centre The Banquet of the Gods happily celebrates the nuptials of the protagonists.

Apollo and Muses in bright colours are placed in the rectangular tablets drawn with learned subdivision. Marble busts on the doors and a series of landscapes scanned by pilasters on the walls complete the decoration of this room which not many years later was the stage for the sessions of the – Academy of the Sleeping Men – also in the presence of Torquato Tasso who, for many aspects, was linked to Genoese intellectuals.

The Cambiaso family, the new owners from the second half of 1700, and the Bank of Naples, which followed in our century, were obviously happy to respect and maintain such painted joyfulness of grace. In the second half of 1800 the eastern façade was maimed of two lines of windows in order to create a road connecting the square. This latter in its turn recovered the medieval appellation of “Fontane Marose” and completely lost the fountains. The building, however, gained also in the rear elevation, now very central, a homogenous decoration in comparison with the original one.

Updated bibliography post 1998
E. Poleggi, Genova una civiltà di palazzi, Cinisello Balsamo (Milano) 2002, pp. 62-63 (Palazzo di Agostino Pallavicino (1558)).
E. Poleggi, L’invenzione dei Rolli, catalogo della mostra, Genova 2004.
The texts have been updated thanks to the INSIDE STORIES project financed with funds - Law no. 77 of 20 February 2006 "Special measures for the protection and enjoyment of Italian sites of cultural, landscape and environmental interest, included in the "World Heritage List", under the protection of UNESCO.
The Rollo in the Geoportal. 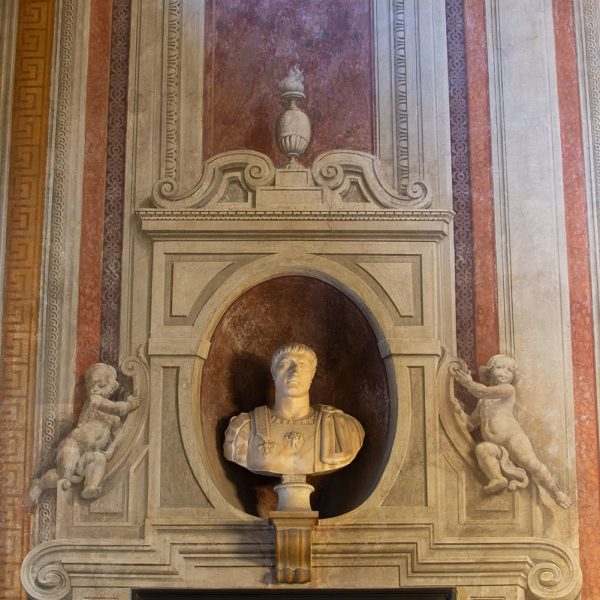 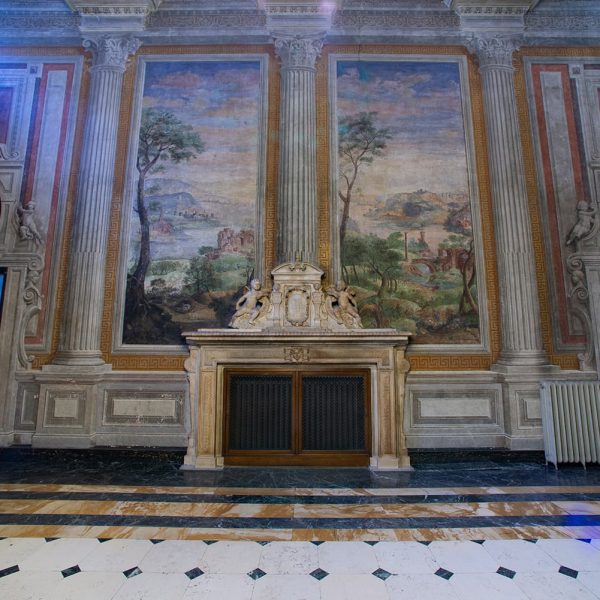 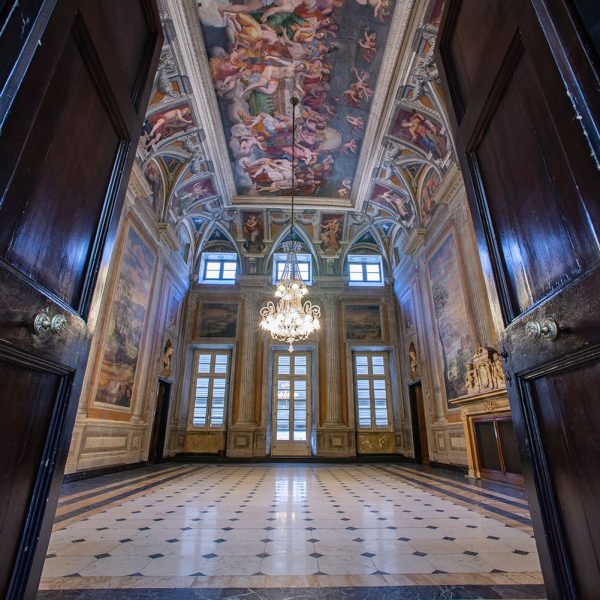 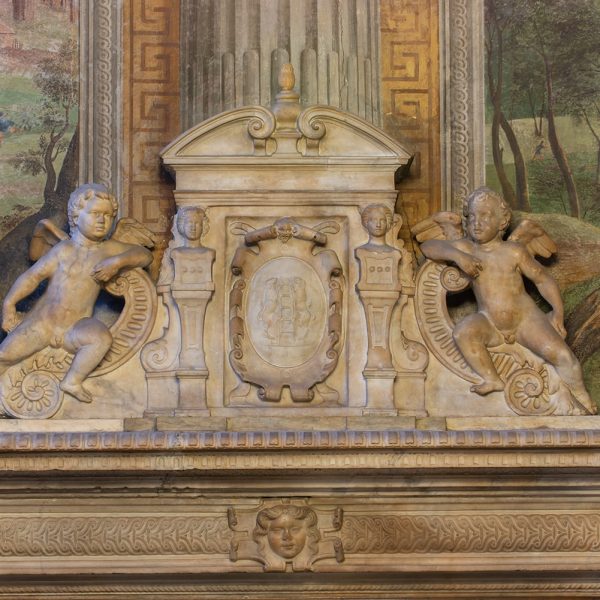