Official name of the Palace:
18. Palace of Luca Grimaldi

Also the first palace encountered on the north side arriving from the west did not rightly belong to the new street. In reality, it existed before with a modest dimension, cubic and with angular loggias, which in Genoa were characteristic of the beginning of 1500, used in country palaces as a link with the outside space. This one in reality, on the side of the road ascending to the church and the convent of San Francesco – is a conserved place-name – was still a rustic site in 1548 when it resulted being inhabited by a Luca Grimaldi, who was engaged in developing his fortunes with shrewd speculations on the neighbouring land. He was not related to the Monarch Nicolò, but he had the opportunity of reselling him the large area, separated from his house by a small garden. And so he could satisfy himself with enlarging that miserable dwelling with a lateral body on the back, an arched gallery looking with an increased dignity towards the new buildings.

This house which receded from the street, passed on the following century to the de Franchi family, who in 1707 were obliged to sign in favour of the Brignole across the road, a convention obliging them to remain within the preexisting altimetric limits. They finally sold it to Maria Durazzo Brignole which at last opened a new building site connected with family ties.

The architect Giacomo Viano could at least advance the south perimeter on the street, in line with the other palaces, offering a beautiful façade where the eighteenth century curves are wisely maintained in classical rigour.

The solution to the difference in level which had been created between the entrance- hall and the courtyard was to be found on the side in Palazzo Tursi: the pattern of the central staircase is taken up again, undoubtedly very solemn even though here the shallower empty spaces did not gave way to sceneries. Also the open gallery of the “piano nobile” is walled on the sides; owing to preexisting limitations, the reception rooms contended the dignified openings to the living spaces which were not many, all in a row as in a college. It is perhaps this distribution which has favoured the destination to a museum of this barely decorated palace, but always inhabited by great art collectors even before the marchioness Brignole Sale De Ferrari, ten years after the donation of Palazzo Rosso, left it to the to be the seat of a public collection. Opened to the public in 1892 in occasion of the fourth Columbian centenary, Palazzo Bianco acquired more and more the prestige of first city museum, being enriched with new acquisitions and donations.

It was torn apart by the bombs in that evil 1942 October, and taking advantage of the necessary restoration, it was rebuilt with a more functional and didactic order as a museum, (architect Franco Albini, 1950) with revolutionary and exemplary criteria for the time, which contributed to give the city a new and modern cultural identity. 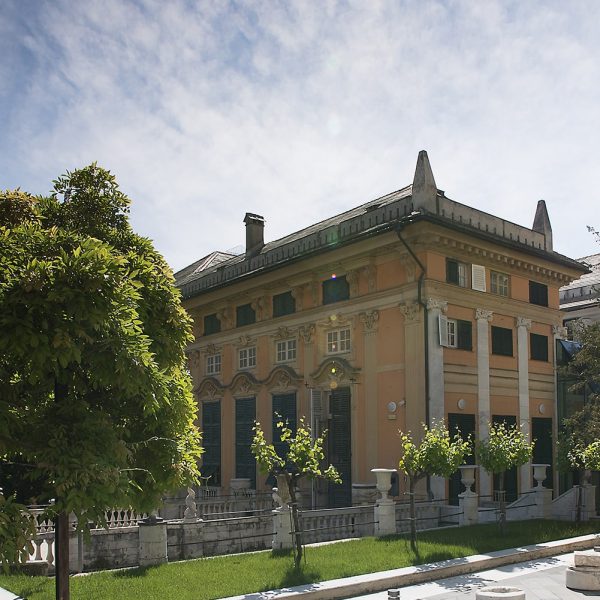 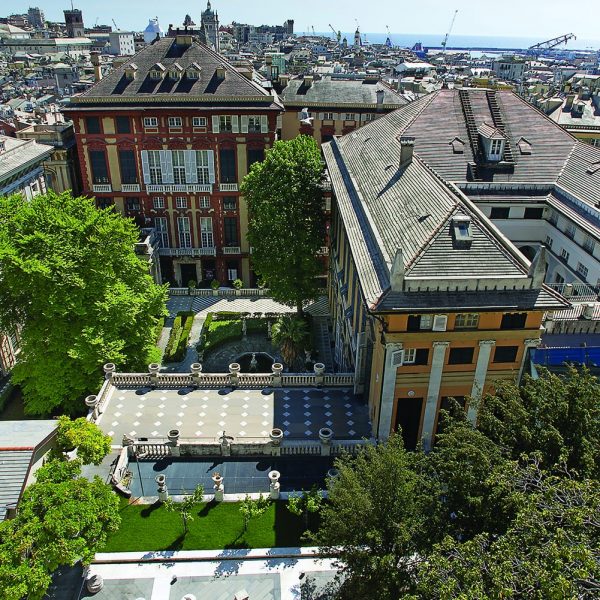 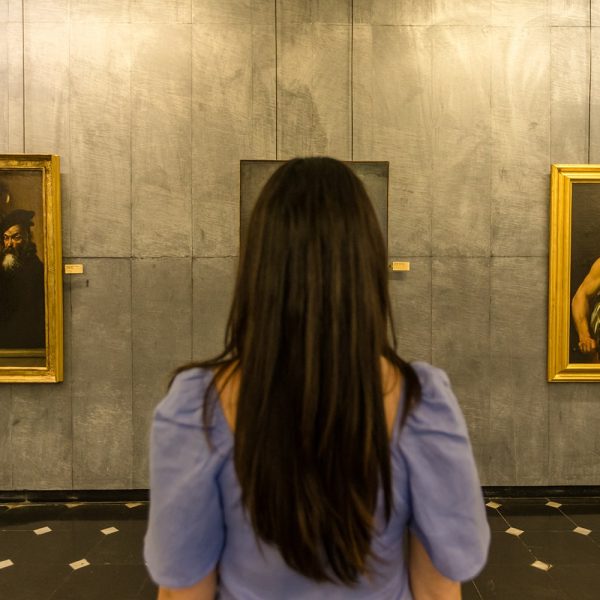