We like to think that the first four dwellings built in “Strada Nuova” starting from 1558, and that opened the new district, owing to that little pioneering glory which distinguished them, were considered by their contemporaries with respect. Anyway this was a period palace on the uphill side, though in third position. The founder was another Spinola of Luccoli, Angelo Giovanni, master of Arquata, ambassador in Spain and banker of the Emperor, a rich and generous benefactor.

He too, having died in 1560, did not have the chance of seeing the building completed, though he had agreed upon the construction and the conclusion with the builder. The area he had fought hard to acquire was extensive in depth, although protected by the hill and partly steep. The implied building problem, recurring on the uphill side, was here tackled for the first time by the architect Giovanni Ponzello, master builder of this fabric, with two terraced wings which joined the first floor of the building to an embankment-garden. Below the slope, on the ground floor, there was a deep courtyard with solid walls on the long sides, and a grotto which could just be seen.

This very simple and effective symbiosis between a dwelling and its garden has now been built over for the needs of the Bank which has bought it, but it is documented in very good landscape taste in the wall fresco of a room, not to mention the wellknown drawings of the past century.
The palace looking onto “Strada Nuova” with its façade painted with architectural divisions is however among the most solemn, with precise caesurae in the interior spaces, its square entrance with an octagonal vault, its vestibule and its staircase falling into two long flights, all appear very rigid.

In reality, this building without marbles, with its bare architectural decoration, immense walls and pavilions, vaults, underarches and overlights, seemed to be prepared for the exclusive purpose of receiving painted decoration. And that was the case: one cycle, two, three and more, so much painted glory could be received by the endless series of halls and drawingrooms. It was provided, a decade before the end of the century, by Giulio Spinola, the eldest son of Angelo Giovanni, domineering personality who had inherited the politic influence of his father, but not his vast funds.

On the ground floor, on the ceilings of the entrance, of the vestibule and of various drawingrooms, subjects of family life are depicted through the work of the Calvi family.
On the first floor, cycles of GreekRoman history are developed – with Darius, Alexander, Scipio, Pompeius, Caesar and Antony – through the work of the old Andrea Semino still competing for large compositions with Bernardo Castello and Lazzaro Tavarone, the most renowned artists of the new generation, and of a poet, Gabriello Chiabrera, in the rôle of adviser of iconographies.

Precociously bereft of its rich founder, this dwelling which has belonged to the Spinola family for four centuries, was born lucky. Since 1930 the whole “piano nobile” hosts the “Circolo Artistico Tunnel”-, the most exclusive Genoese Club, where wars, peaces, triumphs and mercies and even a huge love meeting between Alexander and Simitre seal fittings and furnishings of dining-rooms, drawing-rooms, bar, library and games-room, still keeping intact the aristocratic quality of a noble manor. 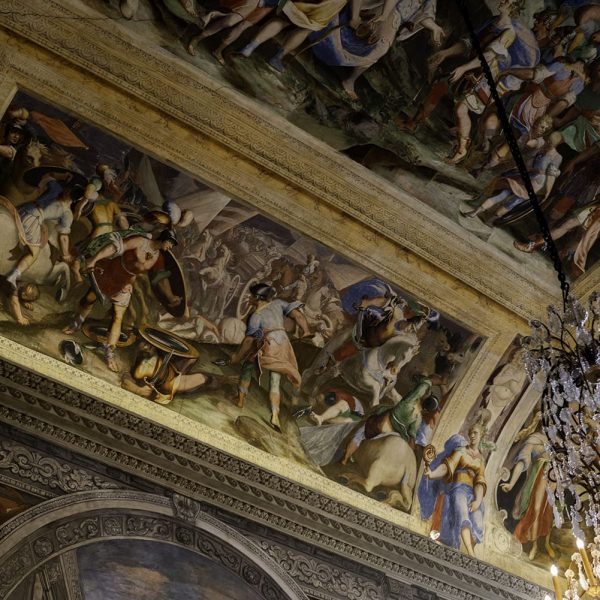 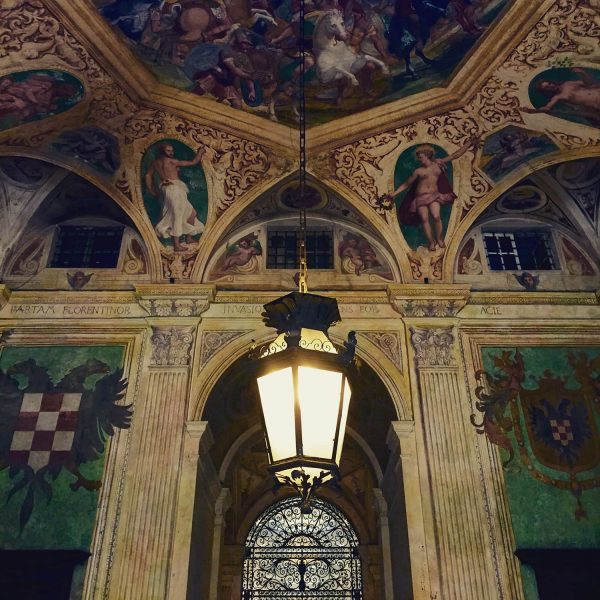 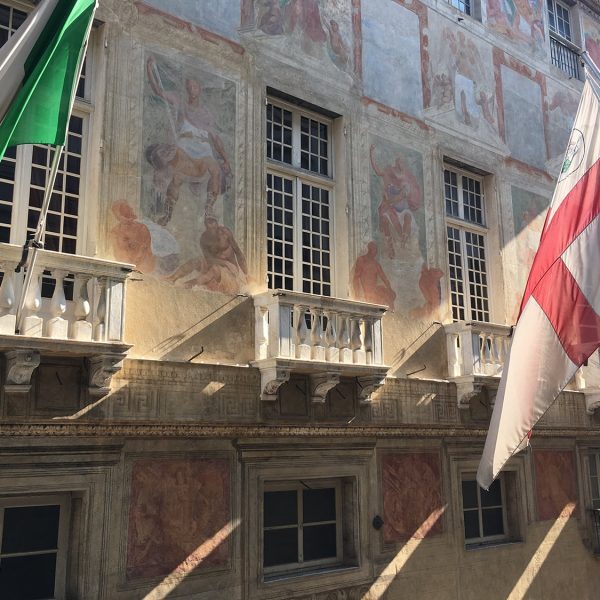 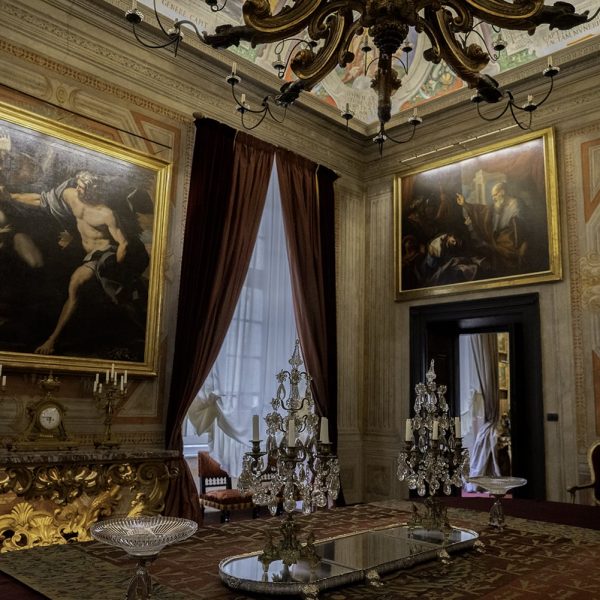 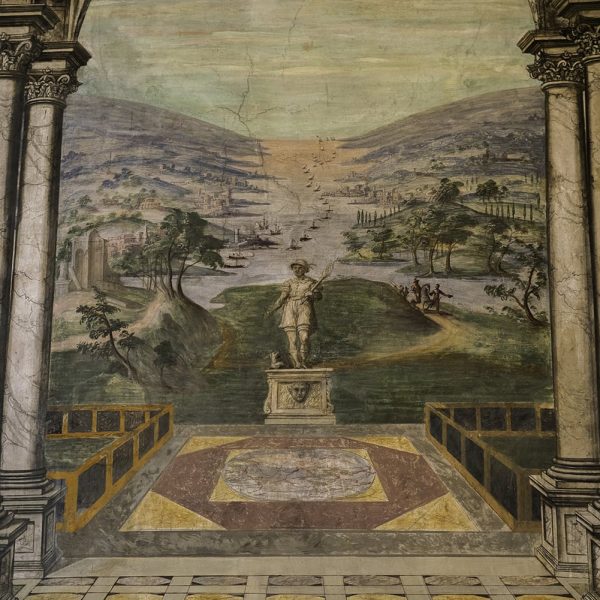