Official name of the Palace:
13. Palace of Gio Battista Spinola

The centuries have sometimes created an heraldic puzzle with the presence of great families in Strada Nuova. This palace of the Doria family, third on the downhill side, was in reality born as a Spinola palace in 1563, ordered by the brothers Gio. Battista and Andrea of the princes of Vergagni branch. It is the third Spinola foundation in the famous district and Giambattista, known as “il Valenza”, who bought the whole property almost immediately, was easily his neighbours’ equal for the vastity of the family properties. Moreover he was a young man, up with the times, with a first class political and financial career still going on and having weight in the government of the Republic to be ascribed in equal measure to his personal initiative and to his vast kinship.

The present day façade, dated 1684-5, is the work of Gio. Antonio Ricca, an architect from Imperia, and if it is not out of tune in the gallery on the street, it is clearly not homogenous in the interior architecture. It was necessary to substitute the original façade and the portal “as a cover against bombs” which were those despatched by the gunboats of Louis XIV who damaged the most prestigious roofs of the town. Here too was given the opportunity of elevating one floor.

Once again, the plan of this building was provided in 1563 – it has been documented – by Bernardino Cantone. It is not by chance that this site too had its technical problems, since, in order to realize the hanging garden, it was necessary to make use of the adjoining house on the downhill side. A palace created by an artist: it was confirmed by the request of a supply of columns for the Spinola family signed by “il Bergamasco”, with his handwritten signature and the indication of sizes perfectly corresponding to those really executed.

The entrance is not large, just about the time of lingering, directly opening onto the bright arched courtyard two steps higher standing out owing to the light plays through its columns. The opening onto the staircase in the porch on the right also includes the courtyard on its way to the upper floors. It was an absolute novelty in the typology of Genoese palaces and it will enjoy great success in the following centuries. On the first floor the arrangement of the rooms was planned by turning inside out their functions in comparison to the ground floor, so that the large hall looking onto the street rested on the fore entrance and porch. This hall still has a marble fireplace, almost certainly designed by “il Bergamasco”, which though encumbered by eighteenth century trophies shows the best of the intense inventive maturity reached in those years by Genoese sculpture. In the same way as this building has originality and authority of composition, Giambattista Spinola knew how to insure himself the best names in the decorative field. Andrea Semino who, to tell the truth, did not appear to be stimulated by the requests of the client, conformed to the wish of dynastic celebrations by painting in fresco on the vault of the hall The Legation of Oberto Spinola to Federico Barbarossa and other episodes. With the help of his brother Ottavio, a specialist in erotic subjects so much frequent in the culture of the first mannerism, he dedicated a small drawing-room to the loves of the Gods with the mortals – Jupiter and Danae, Neptune and Proserpine, Venus and Adonis, Jupiter and Europe, Jupiter and Antiope – in which Andrea is recognizable in certain more sinuous small plastic figures and in some delicate scenic cues. In another drawing-room, subsequently reinterpreted with rococo stuccoes, Luca Cambiaso had again taken up the subjects of Olympic revenges in light and transparent colours, with a fairy tale grace which carried away these im- pending myths from a now peaceful politic reality: in the central medallion The Fall of Fetonte is a classical piece of skilful composition which could not be missed in the curriculum of a great name of the Mannerism.

The Doria ownership, which was responsible for the late seventeenth century decorations, gave credit to this palace with a splendid picture gallery mainly of the seventeenth century. Real masterpieces, by Grechetto and other Genoese artists, still adorn these rooms, while other pictures of Lombard, Bolognese and Flemish schools lost during the last century, have been bought and collected, for the major part, by the Cassa di Risparmio di Genova. 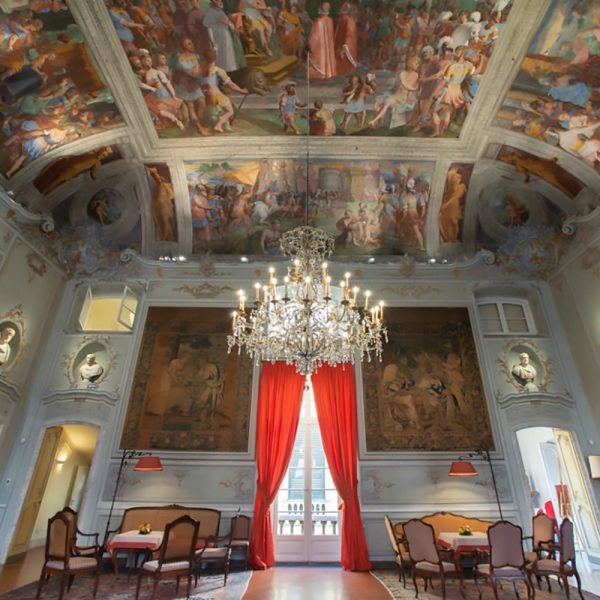 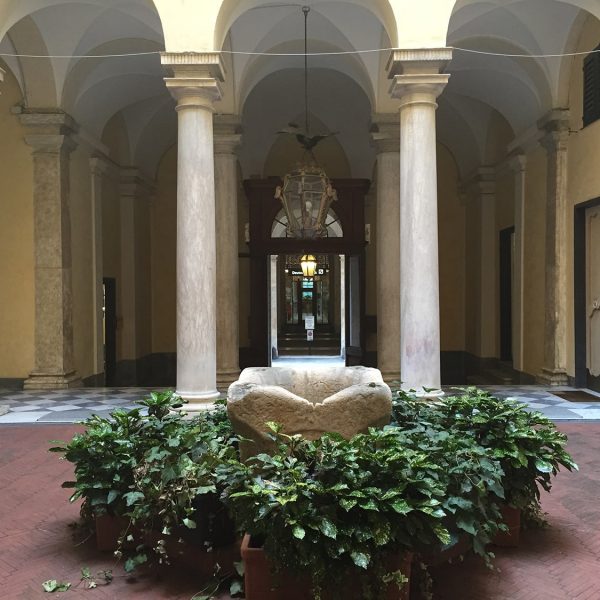 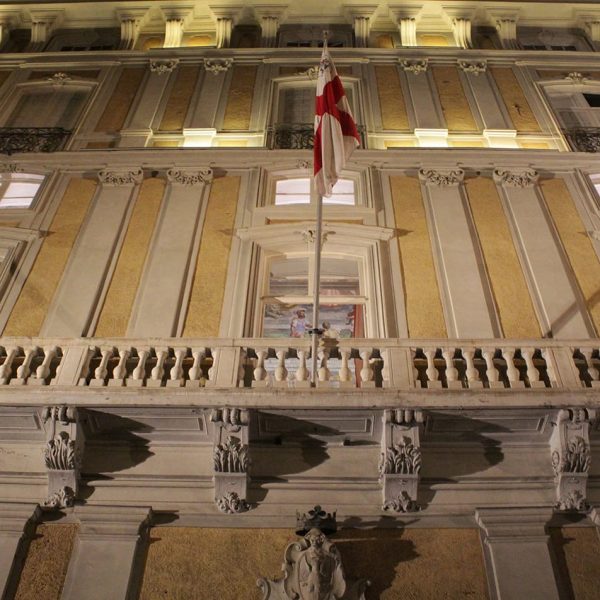 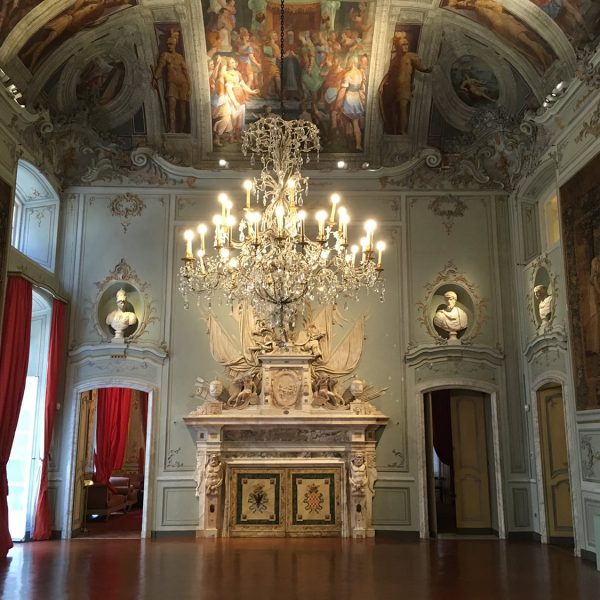 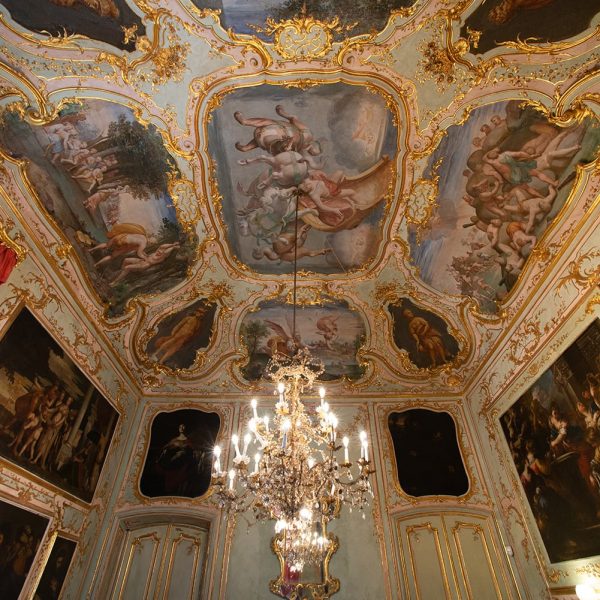