Official name of the Palace:
10. Palace of Franco Lercari

It is the second building looking seawards, but it was started only in 1571 by Franco Lercari,“The Rich Man”, when possessing a dwelling in the Via Aurea was already a consolidated Status Symbol. This acknowledgement which seemed totally unnecessary in a society of plutocrats, was given to him more with detachment than admiration for his personal fortunes, which were exhibited with arrogance.

He belonged, however, to an old aristocracy, and he wanted to hint at his family’s history starting from the very threshold of his house, that is to say, from the solemn portal of access to the inner court.

Two telamons with cut noses, achieved in a good mannerist style by Taddeo Carlone, perpetuated the legend of the condottiere Megollo Lercari who, by cutting off the ears and noses of traitors, had gained the respect of the oriental colonies. The palace was anomalous in comparison with the contemporary ones, and in general with Genoese typologies, owing to its court of honour typical of the Parisian hotels, which Lercari, often charged with diplomatic missions, knew very well.

On the other hand, the wish to avoid the egalitarian magnificence of the street corresponded to the surliness of his character. The architect, still unknown to documentary research, but certainly one of those ductile masters of the Antelami school capable of skilfully complying with every requirement, interpreted the main façade with a recherché and à la page lexicon. He superimposed on the mixed ashlar-work of the ground floor serliana windows on the side bodies.

The loggias and the aerial gallery connecting the turrets were subsequently walled at the beginning of the last century. The real and proper dwelling is organized on two “piani nobili” without particular distribution or structure innovations. In the anteroom of the first floor, two niches enclose the busts of the founder and of his wife Antonia De Marini and on each floor classical busts are fitted in the broken tympana of the doors.

Those are the only plastic virtuosities among very essential and severe architectural elements which seem to suggest a generic solemn taste. Instead, the intervention of the illustrating cycles in the vaults was ready and widespread and could gather almost all the personalities of the first generation of fresco painters before their dispersion. The first floor was assigned to the prize-winning firm of the brothers Lazzaro and Pantaleo Calvi, which had increased in number but decreased in quality by the four sons of Pantaleo. More than a workshop it was a real business which, working with rhythms and systems in some ways already industrial – a large number of hands, use of stencils for repeating motives and figures – it could afford to paint in fresco, with any subject proposed by the client, large spaces in a short fine at a competitive price.

Even in its modest quality their work, required for minor drawing-rooms, halls, vestibules and grand stair cases, was a fresh invitation to keep climbing to other rooms, under more prestigious vaults. A Battle of the Giants by Ottavio Semino crowded with large overlapping figures in a narrow frame, welcomed the visitor to the vestibule of the second floor.

Not a very happy choice of subject, rather trite in that 1578 which is indicated, and which dates the completion of the palace and the oncoming decline of a generation of decorators. It was not so for Luca Cambiaso who had already frescoed a room of the first floor with the disadventures of the Niobidi; before leaving Genoa for the court of Philip II, on the vault of the upper hall, with The building of the “Fondaco” of Trebisond, which we have already presented, he opened a precise composition of well distributed figures which seemed to stop in time the epos of which each of the founders of Strada Nuova felt invested.

The other drawing-rooms of the second floor has subject of the Bible with Stories of David in very bright colours by Andrea Semino and Stories of Joseph by Lazzaro Calvi.

Updated bibliography post 1998
E. Poleggi, Genova una civiltà di palazzi, Cinisello Balsamo (Milano) 2002, pp. 84-85 (Palazzo di Franco Lercari (1572-1578)). E. Poleggi, L’invenzione dei Rolli, catalogo della mostra, Genova 2004.
The texts have been updated thanks to the INSIDE STORIES project financed with funds - Law no. 77 of 20 February 2006 "Special measures for the protection and enjoyment of Italian sites of cultural, landscape and environmental interest, included in the "World Heritage List", under the protection of UNESCO.
The Rollo in the Geoportal. 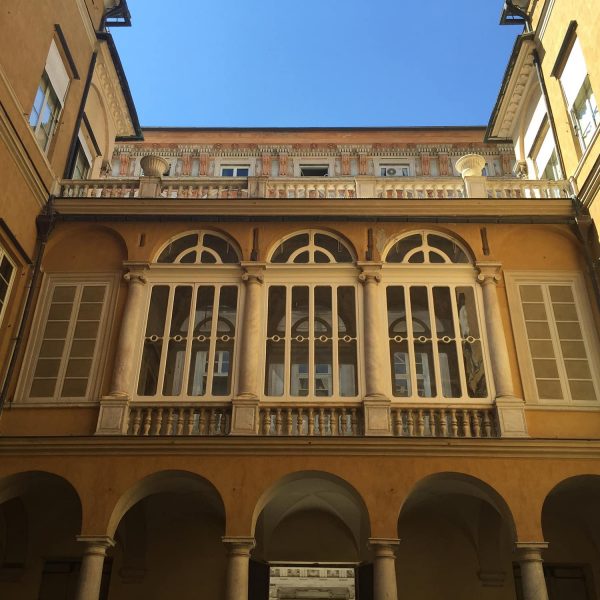 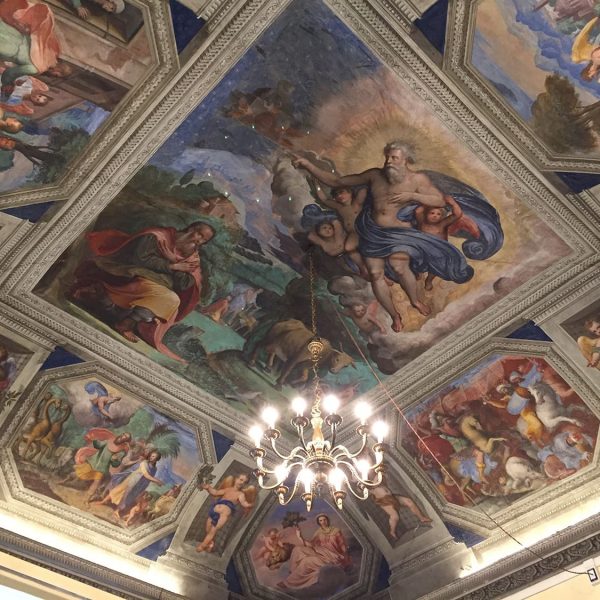 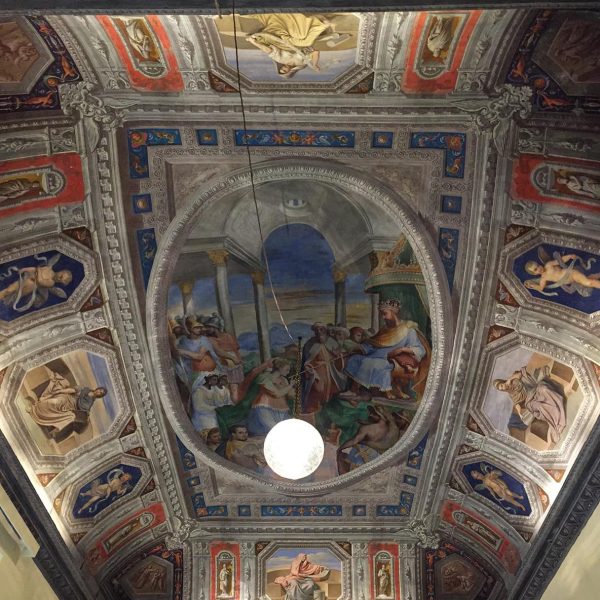 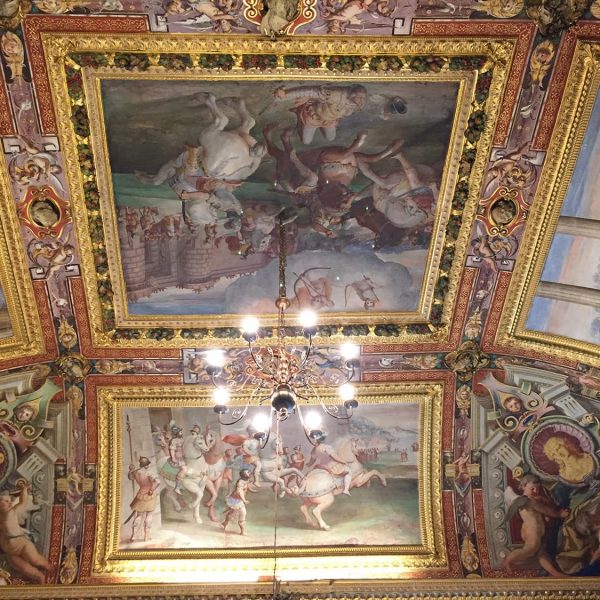 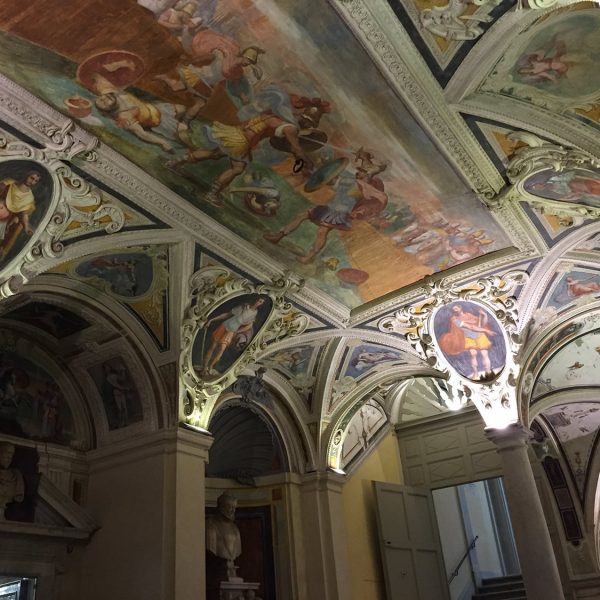