Official name of the Palace:
42. Palace of Croce De Marini

Built in the second half of the 16th century by the De Marini family facing the square which had been constructed earlier in the century, the palace was raised on medieval remains belonging to the same noble albergo.
Around an internal courtyard, which used to link the square via a little alleywall summonunted by an arch which is still visible today, a monumental staircase winds with three orders of loggias on each side.
The marble with allegories of “Peace” is the work of Gian Giacomo della Porta. Within, there are frescoes by Jacopo Antonio Boni and Gio. Agostino Ratti.
The face it presents currently is the fruit of radical restructuring which took place in the 18th century when the Negrone family owned it; a large part of the apparently medieval base was transformed during this period.
Sold in 1830 to Andrea Croce, the loggia on the courtyard was blocked off and reopend only after the later war.
The texts have been updated thanks to the INSIDE STORIES project financed with funds - Law no. 77 of 20 February 2006 "Special measures for the protection and enjoyment of Italian sites of cultural, landscape and environmental interest, included in the "World Heritage List", under the protection of UNESCO.
The Rollo in the Geoportal. 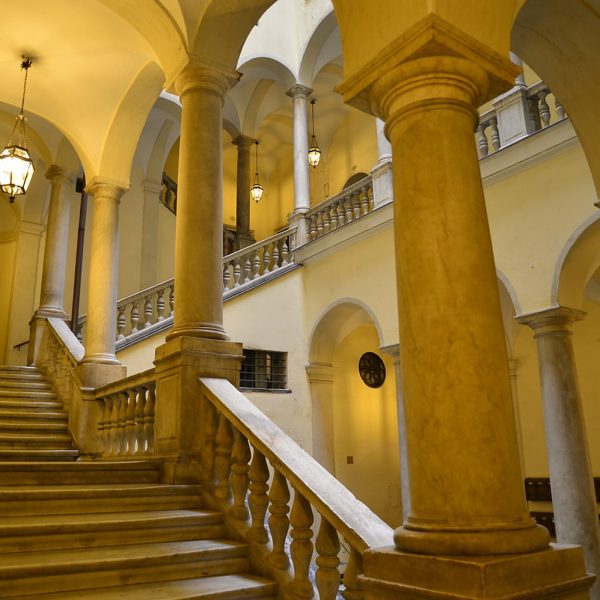 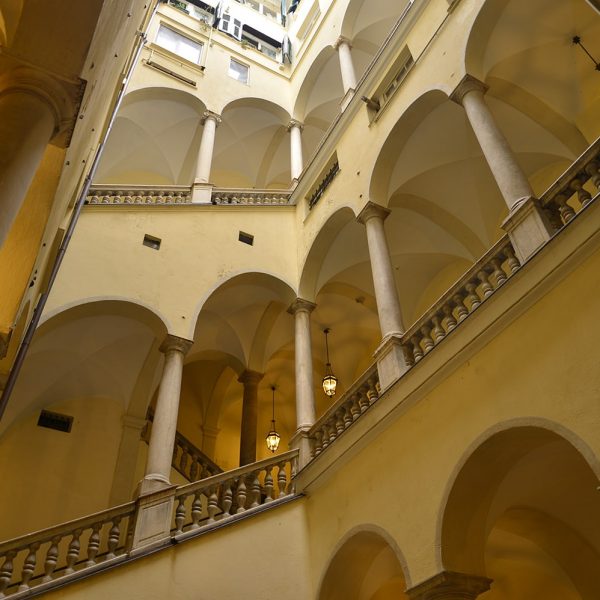 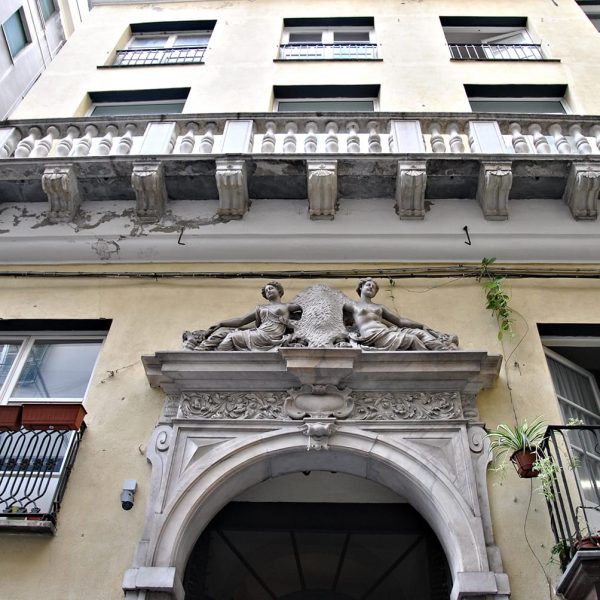 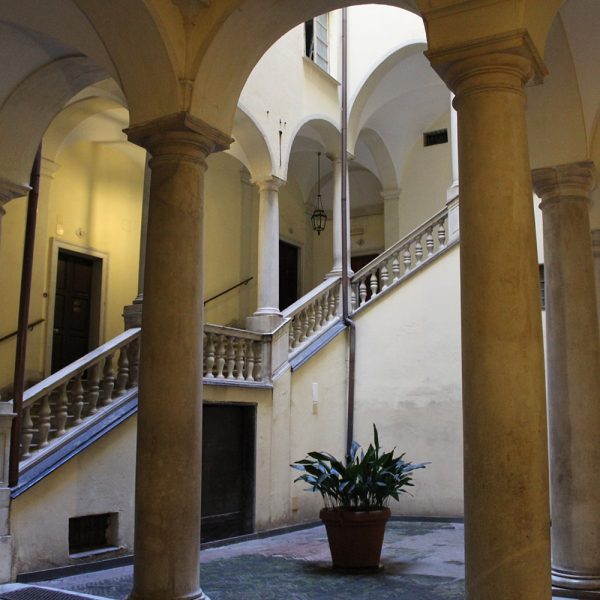